Frankie: The Woman Who Saved Millions from Thalidomide by James Essinger and Sandra Koutzenko 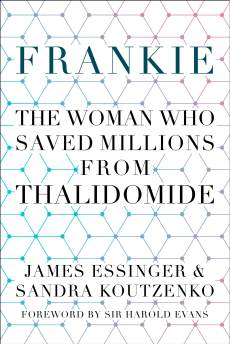 Thalidomide: patented in Germany as a non-toxic cure-all for sleeplessness and morning sickness. A wonder drug with no side-effects.

Today, thalidomide is a byword for tragedy and drug reform – a sign of what happens when things aren’t done ‘the right way’. But when it was released in the 1950s, it was the best thing since penicillin – something that doctors were encouraged to prescribe to all of their patients. Nobody could anticipate what it actually did: induce sleeping, prevent morning sickness, and drastically harm unborn children.

But, whilst thalidomide rampaged and ravaged throughout most of the West, it never reached the United States. It landed on the desk of Dr Frances Kelsey, and there it stayed as she battled hierarchy, patriarchy, and the Establishment in an effort to prove that it was dangerous. Frankie is her story.

When I saw that there was a chance to read a story about the person who saved America from thalidomide I was intrigued.

I wasn’t aware that the savior was a woman called Frankie, when she was growing up it was very much a mans world and she powered through and ended forcing change and protect people

I found this book fascinating and was immediately hooked. Frankie’s story is an inspiration and one that we should learn from 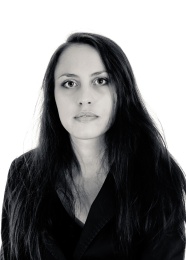 JAMES ESSINGER is the author of non-fiction books that focus on STEM subjects and personalities, including Charles and Ada (The History Press) and Ada’s Algorithm (Gibson Square), the latter of which has been optioned for a film. He lives in Canterbury.

SANDRA KOUTZENKO is a bilingual writer whose work spans a variety of categories and topics, ranging from French poetry to English non-fiction, focusing on human nature and the conflict between its potential for greatness and its propensity for destruction.