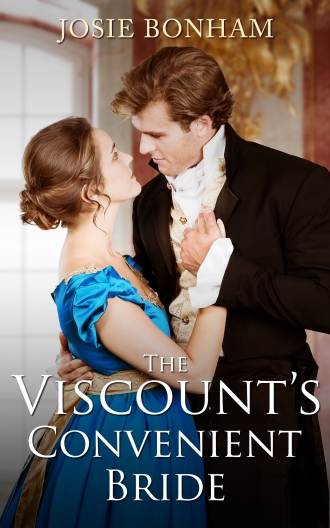 Luke, Viscount Enstone’s, resolve to avoid a love match is tested to its limit when he accepts responsibility for the Davenport family.

Luke has found it hard to sort out his late father’s affairs. A dishonest secretary and ailing land agent have left the family estates in disorder. With new people in place, he sets off to one of his smaller properties to discover the extent of an obligation that seems out of keeping with the cold-hearted father he remembers. Who is the young woman living at Shepley Hall and what was her connection to his father?

Miss Kitty Davenport has waited for a long time to find out if the new Viscount Enstone will continue the support his father gave to her family and her patience is wearing thin. Will he carry on paying for her young brother’s education and even assist him in finding a career? For herself, all she needs is help to find a suitable position as a companion and to escape from the unwanted attentions of a persistent suitor.

Kitty has been left in a precarious position living off the charity of one of her families friends following the death of her father. Luke is the new heir to the estate and decides to rescue Kitty from her situation and take her to London to live with his aunt
I liked Kitty, she is intelligent and has her own opinions. She knows what she can and can’t do and isn’t afraid to fight for her brothers future even if she is nervous about her own life and what will happen to her next
Luke is still traumatised by his fathers apparent rejection of him and is instantly wary of Kitty when he first meets her, fearing she is trying to force him into marriage, something the couldn’t be further from the truth. He is determined to rescue Kitty and his sense of honour is a big part of his character. He develops hugely throughout the story from a suspicious wary character to someone more open and honest with himself which makes him feel so much more real
There is a huge cast of secondary characters who are so important as it’s through them that we learn what Kitty and Luke are really like and see beneath the exteriors that they put on
This book is full of drama with an undercurrent of danger with I loved and which had me hooked right from the start which is why I would recommend it to those who enjoy a romance with a lot of twists and turns that will keep you on your toes!
AM 🐾 x 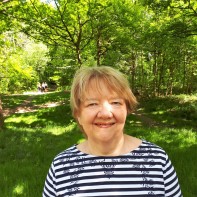 Josie lives in the English midlands, surrounded by towns full of history such as Evesham, Stratford-Upon- Avon, Warwick and Worcester. Which is perhaps why her favourite reads are historical. Out of all the periods to choose from the Regency Era stirs her imagination the most. The true Regency lasted from 1811 until 1820 but dates as wide as 1789 to 1837 have been included in the extended Regency period. For Josie the true flavour of this period emerges after the iniquitous hair powder tax of 1795, unsurprisingly, scuppered the fashion for hair powder almost overnight.

Josie has always dabbled in stories but it took the combined efforts of her sister and eldest niece to set her on the path to writing novels. Her Regency romances, with a dash of adventure and intrigue, are the result.

There is more information on her website at www.josiebonhamauthor.com 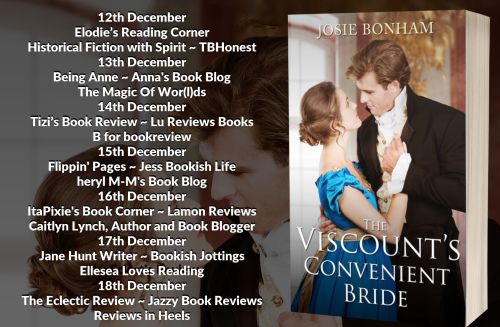