Return of the Scot by Eliza Knight

Scarred by the brutal ravages of war, Lorne Gordon, Duke of Sutherland returns to the Highlands to discover that his clan thought him long dead. His greedy half-brother has assumed his title, sold his family seat and disappeared with the fortune. Once he engineers the return of his title, he must convince the new estate owner to reverse the wholly legal sale with the promise that his half-brother, and the funds, will be found. However, that goal seems impossible when Lorne discovers the buyer is none other than his ex-betrothed’s sister.

After several humiliating attempts at securing a husband, Jaime Andrewson gives up on marriage and throws herself into her father’s business. She burns with vengeance towards the entire Sutherland family after their chieftain caused her sister’s fall from grace. Although she’d thought the man who betrayed her sister was dead, acquiring his property had been her main goal since taking over her father’s company. But with Lorne Gordon alive, vengeance is all the sweeter, for she desires only to watch him suffer.

Despite Lorne’s fury, he has to find a way to convince her to return what is rightfully his—even if he has to go so far as to marry her. Though out of practice with the arts of flirtation, there is one thing he does not lack—determination. With his pockets empty and a snarl on his lips, Lorne is determined to win her trust and her hand. When unexpected family secrets on both sides are exposed, Lorne realizes that wooing Jaime will be a bigger challenge than any of the other battles he’s ever fought, but it is one he refuses to lose.

A tale of families, lies and betrayal
Lorne has been absent from Scotland for 8 years, first fighting a war and then as a prisoner and upon his return he finds out that his half brother has sold his castle to Jamie, the sister to his ex fiancé
I loved Jamie, in a time when women were thought of as unable to do things she completely goes against that trend and runs her families successful shipping business. She is strong and independent, determined and at times slightly ruthless but this really worked for her character and made her come alive, especially as the book developed and allowed her to understand more about herself and become the person she could be
I will admit that I didn’t really like Lorne at the beginning, although he had gone through a terrible time he seemed very self entitled and willing to use his title of Duke to get what he wanted. He does eventually become likeable as his relationship with Jamie develops and his personality comes through. He regularly buts heads with Jamie and their arguments plus his reaction to them only caused me to like him more and more until by the end I had come to love him
Both Jamie and Lorne are haunted by what happened in the past and this really affects their behaviours but as they start to realise the truth of what happened they became more self aware. They both developed so much in the story that they didn’t seem like the same characters who we met at the beginning
There is an undercurrent of mystery throughout this book and I think this is what caught my attention and along with the drama of Lorne and Jamie’s relationship, it had me reading late into the night desperate to know what would happen and what the truth was
I would recommend this book to those who enjoy a romance full of drama and mystery which will have you hooked within the first few pages
AM 🐾 x 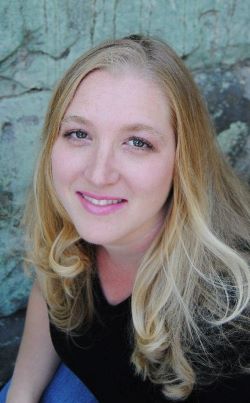 Eliza Knight is a USA Today bestselling author of many historical adventures. Escape to Scotland for irresistible heroes, courageous heroines and daring escapades. Join Eliza (sometimes as E.) on riveting journeys that cross landscapes around the world. While not reading, writing or researching for her latest book, she chases after her three children. In her spare time (if there is such a thing…) she likes daydreaming, wine-tasting, traveling, hiking, staring at the stars, watching movies, shopping and visiting with family and friends. She lives atop a small mountain with her own knight in shining armor, three princesses and two very naughty puppies. If you like historical fiction, look for THE MAYFAIR BOOKSHOP coming out in April 2022.

Visit Eliza at www.elizaknight.com or www.historyundressed.com. Sign up for her newsletter to receive for first looks at book covers, excerpts, news and more!